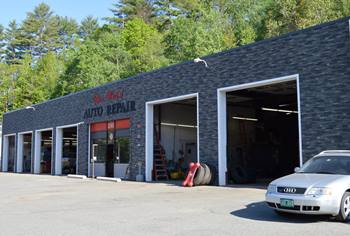 Wes Ward Auto Repair, the 2004, 2006, and the 2008 AAA award winning Independent Auto Repair facility for customer satisfaction in the state of Vermont, is an automotive service business providing automotive maintenance and repair.

Regional Information On
The Northeast Kingdom

The “Northeast Kingdom” is a term used affectionately throughout Vermont and beyond when referring to the corner of the state against the Canadian border and upper Connecticut River – the counties of Caledonia, Essex and Orleans. The term was coined in 1949 by former Governor and U.S. Senator George Aiken, a beloved political figure in the state.

The reason it was coined the Northeast Kingdom by Aiken was the fact that it long has been considered one of the most beautiful places in the world, so much so that it received recognition in the North American and international editions of the New York Times bestseller “1,000 Places To See Before You Die.”

The Northeast Kingdom features a sought-after quality of life as well as a loyal and dedicated workforce. The region features many lakes, rivers, mountains and quaint villages that are easily accessible to major market centers, interstates and state highways. More than 80 million customers are within a 500-mile radius for overnight delivery.

Vermont ranks one of the most livable states in the United States, according to a number of surveys that looked at quality of life, business climate, safety, the arts, politics and its people.

Not all retirees are looking south to retire. Citing lower costs, the region’s beauty, the environment and our decidedly small-town sensibility, a number of surveys indicate the region is very enticing to retirees.

Thanks for signing up!